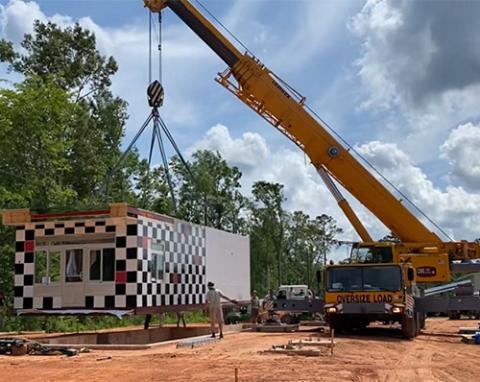 The Tampa-based chain, whose standard branding and shop designs do business under the Checkers and Rally’s names in different regions of the country, employs pre-fab construction to get new locations up and running quickly. It has opened 11 new locations so far in 2022 and expects to have another 40 in business by year’s end.

"We are eager and excited about the momentum we've had in the first and second quarters and will continue to focus on multi-unit franchising agreements as we look to expand in California, Texas, Massachusetts, Connecticut, and North and South Carolina," said the company’s VP of development Kris McDonald.

Current expansion involves both new and existing franchisees in Phoenix, California, New York, New Jersey, and Connecticut.  New markets being opened in the expansion include Knoxville, Tenn., Providence, R.I., and Montgomery, Ala.

Checkers & Rally’s, whose French frys have cult followings in some states, also reported a breakthrough it made by submitting a petition to the National Day Calendar. National Fry Day had always been held on July 13, but the organizers of the calendar gave in to Checkers & Rally’s request and agreed to begin staging on the second Friday of July starting next year.

Checkers & Rally’s currently has more than 800 locations in the United States.