What will be the state of physical retail in the 21st Century? That’s a question on the minds of everybody in retail, and an elite group of developers is endeavoring to answer it with bold new projects and spectacular renovations. The editorial board of Chain Store Age recognized these eight properties as the Breakout Retail Centers of 2020 in the magazine’s March-April edition. 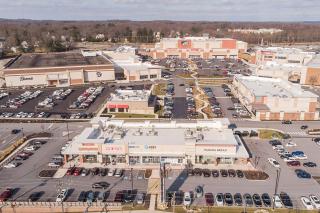 BET Investments bought the old Granite Run Mall at auction in 2013 after former owners Simon and Macerich gave it back to their lenders. BET demolished the mall and put this 830.000 sq. ft. outdoor center including luxury apartments in its place.

Some 768,000 people live within a 10-mile radius of Granite Run. That’s 170,000 more than the nearby King of Prussia Mall and 450,000 more than the neighboring Exton Square Mall. Forty-plus tenants flocked to Promenade, among them Kohls, Cinemark, Acme market, Modell’s, Petco, Miller Ale House, Edge Fitness, and Panera Bread.

“We observed that value retailers and entertainment options were in short supply in the area,” said Michael Markman, president of BET investments. “A lof of B and C malls are trying to reinvent themselves but, short of tearing the mall down and starting over, it’s tough to do.” 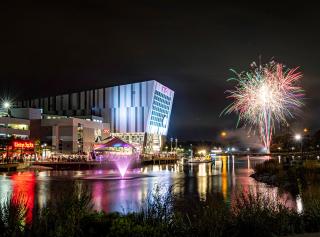 “When we built this center, it was state of the art. Twenty years later, the world around us had changed,” said Paul Weinschenk, president of retail at Peterson Companies, which owns this lakefront property and runs it along with Circle Management.

So Peterson spent $30 million for a wholesale makeover of what was once known as The Washingtonian Center. It expanded its boardwalks, added a floating barge for hanging out or watching concerts, and added lakeside terraces to bars and restaurants.

The transformation also meant parting ways with tenants that had helped make a success of what once was known as The Washingtonian Center. “Macaroni Grill was sitting on the lake but not taking advantage of it,” Weinshenk said. 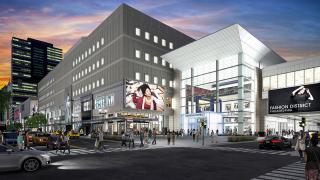 Joe Coradino’s grand vision to revitalize his hometown’s famed Market Street came to fruition last fall and did something that’s rarely accomplished in one fell swoop—instantly change the character and vibe of the heart of a great city.

The 900,000-sq.-ft. enclosed mall that Coradino’s PREIT co-developed with Macerich on the former site of The Gallery Mall filled a long-vacant block with Center City’s first luxury Cinema, 100-plus new shops including Nike and H&M, experiential stops like Candytopia and Wonderspaces, and a bevy of new restaurants and bars.

Location, location, location couldn’t be better, better, better. Fashion District is connected to the Pennsylvania Convention Center, the SEPTA commuter rail station, and the Marriott Downtown Hotel. It sits at the epicenter of a metro comprised of nearly 6 million people that includes upscale suburbs north of the city and in nearby New Jersey.

“We’ve got 22 million commuters a year coming through here and they all have malls where they live. But they don’t have a mall like this one,” boasted Coradino. 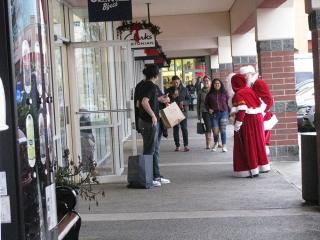 When Time Equities Inc. bought this center from Simon five years ago, it set out to alter the typical traffic pattern of an outlet center by giving locals reasons to show up on a regular basis. New tenants and eateries were recruited, charging stations for electric vehicles were added, and weekly activities for were planned for kids and families.

“What we’ve done is taken a center that’s been a once-a-quarter visit and made it more of a neighborhood, or even community center by driving traffic with attractions and event,” said Ami Ziff, director of national retail at TEI.

With the help of The Woodmont Company, which took over management of the center in 2016, TEI added new facades, enhanced signage, and a re-focused of the marketing programs with social media. New tenants Pendleton Home, Bath and Body Works, and Columbia Sportswear joined the party.

“It was a job leasing all these new retailers, but you have to do what you need to do to reinvent your center today,” said Ziff, who added that Ziff says that average sales per square foot rose to $335 from $297 in 2019. 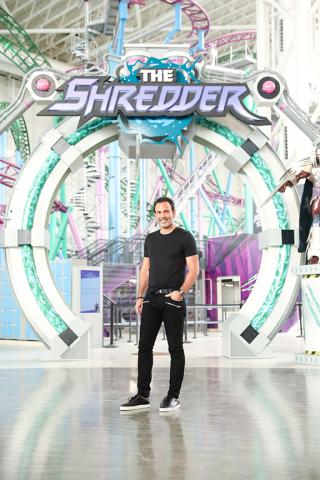 After three owners and 15 years in the making, the project once known as Xanadu shed its multi-colored patchwork skin and opened in October as a pristine, white theme-park-cum-shopping-mall under the direction of the North American masters of that genre, the Ghermezian family and its Triple Five Group.

For now, just the Nickelodeon theme park, the skating rink, and the Big Snow indoor ski slope are open. Retailers start operations later this month, but early attendance numbers have Triple Five CEO Don Ghermezian (above) convinced that American Dream can thrive as a shopping destination in the shadow of New York City.

“If you want to go to Nickelodeon Universe, you have to park in our lots and walk past our substantial collection of retail and restaurants,” he said. “Part of the reason that our retail wing has been stalled is that, when retailers visited the property and took stock of the scale, they decided they needed bigger stores.” 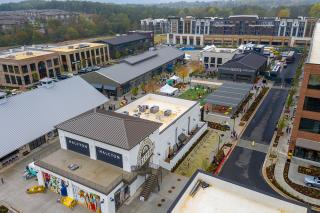 “The soft goods aren’t chains. They’re mostly independents or regional with franchisees in the store,” said Phil Mays, principal of Halcyon’s developer, RocaPoint Parnters. “It’s the same with most of the restaurants. I got great advice from a celebrity chef in Atlanta who told me, ‘Find local restaurateurs who are already successful and get them to open in your center.’”

Mays and company focuses on Forsyth County, which is undergoing an upscale growth spurt. “Coming out of the recession, it was almost a decade-long situation in which not a lot of retail was built, so in real growth areas like Alpharetta — a super ZIP Code with high density and household income — the population was underserved.”

RocaPoint found a property that lined up next to the Big Creek Greenway, a popular 10- mile hiking trail, and got itself an unusual experiential feature: a trailhead. The developer worked with the county to extend the trailway by one mile, putting the new trailhead in Halcyon’s parking lot, where nature lovers now complete their hikes by shopping, eating, and drinking at Halcyon. 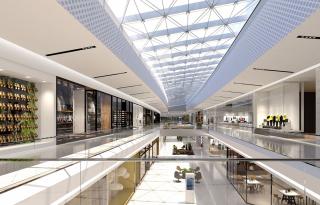 The 21st Century version of Valley Fair opens this month with a 500,000-sq.-ft. expansion (for a total 2.2 million sq. ft.) anchored by a three-level, flagship Bloomingdales and housing the property’s “Luxury Collection” that includes Balenciaga, Bottega Veneta, Giorgio Armani, Louis Vuitton, Prada, and Saint Laurent. Also scheduled to open there is Eataly Silicon Valley, only the second location for the world-renowned food hall on the West Coast.

More restaurant openings will continue through the year in the new wing, with and its commodious public areas, plazas, and outdoor spaces will host events, live entertainment, multi-faceted social fashion and technology boutiques, and health and wellness amenities.

“The $1.1 billion evolution of Valley Fair offers access to the world’s best and most relevant brands. It has a new and engaging atmosphere that reflects a sense of luxury and leisure familiar to the Silicon Valley customer,” said Colin Shaughnessy, director of U.S. leasing for Unibail Rodamco, Westfield. 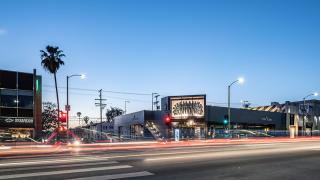 So-called urban districts opening up at scads of new and renovated centers owe a lot to Madison Marquette and District La Brea. In 2008, just before the market crash, Madison Marquette bought 11 buildings that made up the Continental Printing plant on the better part of a city block on La Brea Avenue in the Fairfax neighborhood of L.A. New projects were on hold at that time, and this site lay fallow for a few years.

That stretch of La Brea was the launchpad for a bevy of youthful and influential brands like Stussy, Undefeated, and American Rag and when the economy perked up in 2011 Madison Marquette had a notion to remake the entire block into an urban-beat setting for breakout retail brands.

Each of the 11 buildings, which comprise 110,000 sq. ft. were cleaned out and stripped down. Architects exposed and accentuated urban-industrial hallmarks such as wood truss ceilings, exposed bricks, and steel beams. It was live-work-play Hollywood-style, with small offices taken by film industry creatives and retail space inhabited by new-ages specialty retail and dining options.