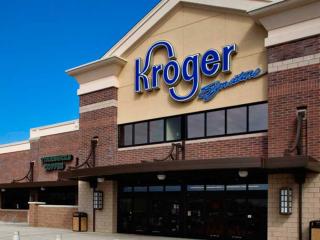 There’s going to a changing of the guard in The Kroger Co.’s finance suite.

The supermarket retailer announced that Michael Schlotman, Kroger's CFO since 2000, has decided to retire. He will continue in the role through the end of Kroger's fiscal 2018 and up to April 3, 2019. He will then remain an executive VP of the company and continue to sit on the senior leadership team to support the company during this transition period until December 28, 2019.

Schlotman will be succeeded by Gary Millerchip, CEO of Kroger Personal Finance, which delivers financial and retail services through the Kroger family of brands and stores. He is also responsible for several retail grocery divisions and leads the integration of Kroger's corporate strategic initiatives. Schlotman will take the reins as senior VP and CFO, effective April 4, 2019. He came to Kroger in 2010 from Royal Bank of Scotland.

"Consistent with Kroger's governance history of thoughtful succession planning, Gary and Mike have a deliberate and thorough CFO transition plan with a singular focus – a seamless transition to successfully deliver on the Restock Kroger financial commitments and then beyond in the role of Kroger's chief financial officer," said Rodney McMullen, Kroger's chairman and CEO.
Advertisement