eBay is shoring up its product and technology organization with the naming of a new chief product officer and new CTO.

Pete Thompson has been appointed senior VP/chief product officer, while Mazen Rawashdeh has been named senior VP/CTO. Both will be members of eBay’s executive leadership team, reporting to president and CEO Devin Wenig.

Thompson brings more than 20 years of experience and joins eBay from Amazon, where he served as VP of Alexa Voice Service. Previously, he was CEO of TiVo, where he drove the merger and integration between Rovi and TiVo. Prior to TiVo, he held executive roles at a variety of companies, including Microsoft, T-Mobile, Ericsson, and Sonos.

As eBay’s product experience leader, Thompson will be focused on simplifying the shopping experience and enhancing tools and insights for eBay sellers.

eBay veteran Rawashdeh spent eight years in technology leadership roles with the company from 2003 to 2011 before departing to serve as VP, infrastructure operation engineering at Twitter, where he helped scale the business through its IPO. After four additional years as an angel investor and tech advisor, Rawashdeh returned to eBay in 2016 to lead platform engineering.

As CTO, Rawashdeh will continue to lead platform engineering and the company’s infrastructure and platform architecture, as well as artificial intelligence (AI), research and data science, payment and risk engineering, and eBay’s third-party developer ecosystem and APIs.

Thompson starts July 29. Both will be based in San Jose, Calif.

eBay is also announcing the arrival of two additional executives. Scott Gaffney has joined eBay as VP of search engineering. Gaffney has 20 years of experience, including most recently as VP engineering, web search & intelligent agents at Yahoo.

Steve Metz is returning to eBay, where he has spent most of his career, from Amazon to serve as VP, product analytics. Metz will start Aug. 12. 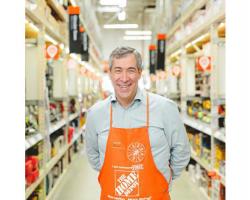 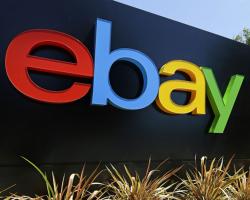