Changing of the guard at Best Buy

Changing of the guard at Best Buy

On June 11, Corie Barry became the fifth CEO in the company’s 53-year history — and the 33rd female CEO in the Fortune 500. Barry, who is also the first woman to lead Best Buy, succeeds Hubert Joly, who is credited with leading the consumer electronics retailer through an impressive turnaround during the the past seven years. As was previously announced, Joly has transitioned to the newly created role of executive chairman and will advise Barry and other executives in an array of areas, including strategy, mergers and acquisitions and other matters.

Barry, a Minnesota native, has been with Best Buy for 20 years, most recently serving as the company’s chief financial and strategic transformation officer. She has been a member of the executive team for the past four years, playing a critical role in developing the company’s growth strategy.

Barry began her career at Best Buy as a senior financial analyst and went on to serve in a variety of roles, both in the field and at the corporate office. She became CFO in 2016 and, before that, served as chief strategic growth officer. She also previously served as senior VP of domestic finance and interim president of Best Buy’s services organization.

“Corie is a wonderful human being and a very human leader who can build connections with a variety of leaders and individuals across the company,” Joly said. “This combination of technical skills and great human leadership capabilities and humanity is something I’ve long admired about Corie and gives me enormous hope in the future.”

As a member of the executive team, Barry has worked closely with Joly to help set the vision for the future, which is anchored in the company’s purpose to enrich lives through technology.

“Continuity is the name of the game here,” Barry said. “We have the leadership team in place. We have a strategy in place that is roundly embraced, both internally and externally. It’s working, it has good momentum.” 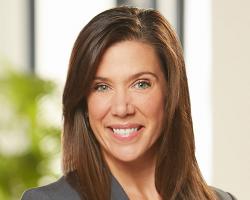 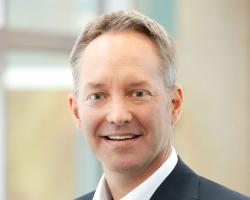