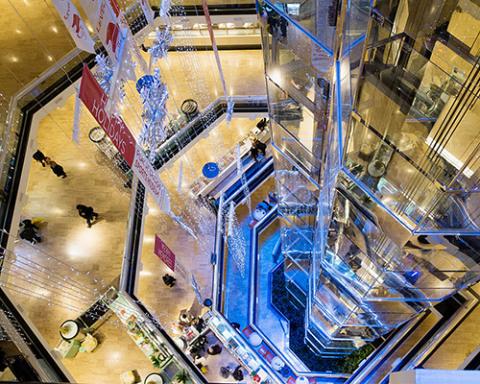 The days appear numbered for Chicago's first mall, once the core of the Miracle Mile on North Michigan Avenue.

Unable to fill a 300,000-sq.-ft. space left vacant by Macy’s, Brookfield Properties has given up its attempt to save Water Tower Place, the first indoor mall built in Chicago.

The Chicago Tribune reported that the vacated Macy’s was the largest vacancy on North Michigan Avenue “in a generation.” Today, an estimated quarter of retail space on the town’s vaunted “Miracle Mile” lies vacant, according to Crain’s Chicago Business.

Target had been in talks to take over the Macy’s space last year, but never pulled the trigger. Other Water Tower Place stores that closed in recent years included Abercrombie & Fitch, Vera Bradley, and the Foodlife food hall operated by Lettuce Entertain You Enterprises.

The mall, which opened in 1975, now becomes the property of its lender, a unit of MetLife Insurance.  Brookfield owed some $300 million in debt on the property, much greater than its current estimated worth, according to the Chicago Sun-Times.