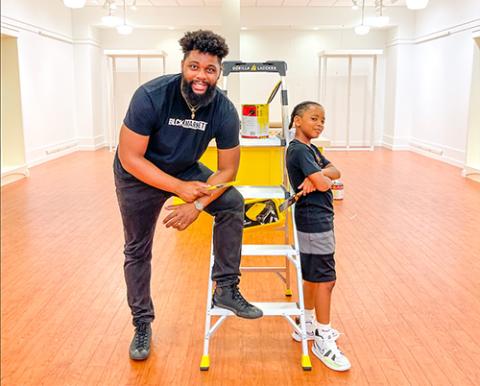 J.O.Malone's new store at Pearland Town Center outside of Houston aims to introduce Black-owned brands to a wider market.

Black Americans have never had the opportunity to do retail the right way, according to J.O. Malone of Pearland, Texas. Now he intends to lead them onto the proper path.

Malone has opened BLCK Market in the Pearland Town Center south of downtown Houston to give African American entrepreneurs the opportunity to do business alongside national chains such as Dick’s Sporting Goods, H&M, Rue 21, and Claire’s in a well-located, 1.1-million-sq.-ft. mall.

Some 25 Black-owned businesses have rented shelf space in BLCK Market, whose stated vision is to bring value to Black-owned retail businesses by way of “financial literacy, wellness, and creativity.”

Malone previously operated pop-up shops. His new 3,000-sq.-ft. store aims to increase sales of the products found in BLCK Market and keep them on the shelves permanently.

“Black Americans never had a place to sell their products outside of their own neighborhoods. I thought I could help them do it—not in the ‘hood, but up the street,” Malone said.