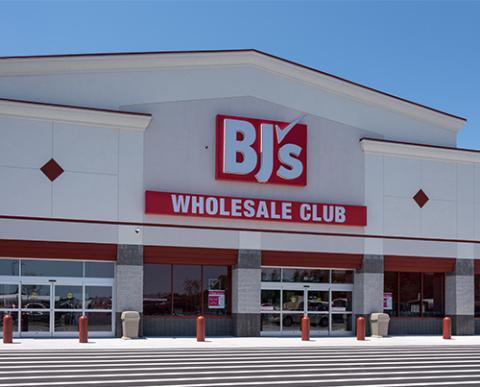 BJ's return to Columbus will begin at Hamilton Quarter, a new-age open-air center in New Albany.

BJ’s Warehouse Club plans to open 10 new stores this year, and one of them will be in a metro that it departed from 20 years ago.

According to a report in the Columbus Dispatch, the Massachusetts-based competitor of Sam’s Club and Costco has signed a lease for a 100,000-sq.-ft space at Hamilton Quarter in Columbus.  This newest of Casto’s developments in the town is a modern outdoor center that includes Target, Hobby Lobby, and Five Below, but is anchored by a four-story Ohio State University Medical center and will include 600 apartments and 700,000 sq. ft. of office space when fully built out.

BJ’s appears to be making a slow move west. Though most of its 224 stores are located on the East Coast, new builds have been announced in Pittsburgh and Lansing, Mich.

Hamilton Quarter is northeast of downtown Columbus off Route 62 in New Albany, a town that has grown in size and affluence since the Nineties when L Brands founder Les Wexner settled there and built the second largest mansion in the state of Ohio.

BJ’s previous Columbus Metro locations were in the Far East Side of town and in suburban Dublin, home of the PGA’s Memorial Tournament and famed native son, Jack Nicklaus.