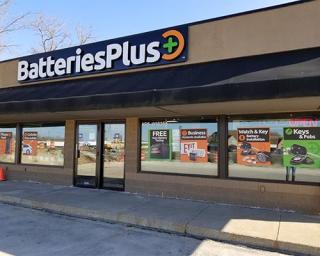 Batteries Plus saw record expansion in 2022, with both organic growth and existing franchisees.

The battery, light bulb, key fob and phone repair retailer inked 60 new deals and opened 44 new stores in 2022 as it expanded its presence with multi-unit expansions in South Florida and on Long Island, N.Y.  It also entered several new markets, including Ohio, Nevada, New Mexico and Southern California.   Batteries Plus has set a goal to acquire 60 additional store signings by the end of this year.

Batteries Plus said December 2022 was its second highest sales month of all time, giving it  upward trajectory heading into the new year.  The company is undergoing an e-commerce tranformation, increasing its focus on the digital experience as part of its core operations.

“Batteries Plus still has plenty of untapped potential,” said Scott Williams, CEO of Batteries Plus. “With an impressive executive team such as ours, and a force of 250 plus franchisees in our system, our brand is capitalizing on the knowledge and advantages we’ve created for ourselves to position our brand to continue to deliver the best of the best for the battery-powered present and future.”

To top off a profitable  year, Batteries Plus gained new faces at the executive level, including Derek Detenber, who was appointed as chief marketing and merchandising officer, and Aaron Bundschuh as chief digital officer.

In addition, Scott Buchalter was named director of franchise relations, and Hugh Robertson as director of exit strategy support.

Founded in 1988 and headquartered in Hartland, Wis., Batteries Plus celebrated the 30th anniversary last year of its first franchise location in Fort Wayne, Ind. The company is owned by Freeman Spogli, a private equity firm based in Los Angeles and New York City.

“It’s been a commemorative year at Batteries Plus, and we show no signs of slowing down any time soon,” said Joe Malmuth, CFE, chief franchising officer at Batteries Plus. “We’ve received incredible interest in our franchise opportunities with both current and prospective franchisees, which is a testament to our remarkable numbers from 2022 and the consistent growth that follows.”