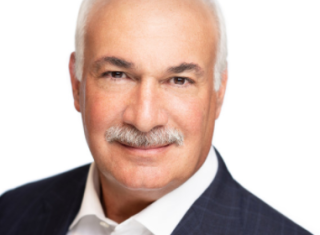 What might the fates of thousands of distressed retailers and hundreds of shutdown owners of retail centers have been in 2020 without the aid of distressed property and lease renegotiation companies like Excess Space, RCS, and A&G Real Estate Partners?

Just this week, A&G co-presidents Emilio Amendola and Andy Graiser picked up their second consecutive “restructuring firm of the year” award, so we decided to talk with Andy to learn the answer to our question.

Andy, we just ran a news story about A&G winning a Restructurer of the Year award for renegotiating more than 13,000 leases for 60-plus clients. Was 2020 the year that never was, and that we hope will never be again?

We’ve long had a saying in this business: Don’t let bad news go to waste. But what was so interesting about 2020 was that, on March 12, everybody was doing well and on March 13, everybody was shutting down. Many retailers weren’t used to being in distress or in a turnaround mode They started shedding unprofitable locations and pushing to get short-term relief and reduce their occupancy costs. The pandemic really pushed companies to quickly get their operations in order, operate leaner. It fast-forwarded their omnichannel platforms that were two to three years away.

What was the toughest challenge for restructurers like you?

There was no playbook. You had to come up with the right plan and the right strategy and then put yourself in the landlord’s shoes. Landlords had calls from every one of their tenants. Our team had to craft the right plan and the right strategy—not just for each company, but for each location. We needed to project which co-tenants would remain. Will there still be restaurant operators nearby that will be able to open? Luckily, we already had a very good analytics platform. And we had 35 people working days, nights, and weekends. Our lease renegotiation success rate was over 80 percent.

Tell us about some of your big victories.

Guitar Center. We only worked on that one for two to two-and-a-half weeks and saved them $50 million. It was a very short bankruptcy and they were just not expecting to go to the landlords. They didn’t think there was enough time, but there was. With Tuesday Morning, we achieved 50 percent over the planned occupancy costs saving. We also modified other lease terms to help the company optimize its go-forward portfolio. We had an 85 percent success rate for GNC and achieved almost $300 million in savings. These chains were planning to close hundreds of stores that we were able to save.

Restructuring firms such as yours did a lot of beneficial work for landlords, too, didn’t they? Companies like Simon and Brookfield were buying major tenants in order to keep them in their malls.

I believe we did a lot for the landlords. We saved a couple of thousand stores from closing last year. We touched 14,000 leases and renegotiated 10,400 of them. That’s an enormous number. We were able to work together to get these retailers to survive the year.

How’s the rest of this year and next year looking to you?

Retailers have a lot of liquidity. They’ve received their government money and tax refunds. Today, landlords with good properties aren’t going to give many concessions and will not go long unless it truly reflects the current and projected market. Meanwhile, a number of growing retailers don’t fully understand the construction increases in the industry and will be unable to complete all their growth plans The supply chain to receive fixtures is really challenged. Construction costs are up 30 to 40 percent in some markets. Pursuing second generation structures will be critical to their growth plans. I’d look for freestanding sites that are great for omnichannel fulfillment and curbside pick-up.