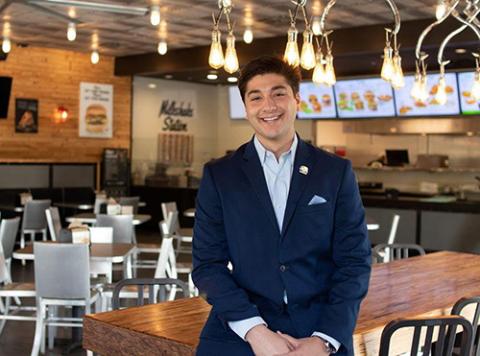 Business had dimmed for the Burger King in Lauderdale-by-the-Sea, Fla., and the location closed up in 2011. It’s a small seaside town and the BK just couldn’t sustain its base volume. But in moved another burger joint nobody had ever heard of called BurgerFi. The fast-casual’s menu of fresh burgers, hand-cut fries, chicken, hot dogs, and custard scored a hit with local diners and is still in business today--it and 124 other BurgerFi restaurants stretching from Texas to Florida to Upstate New York.

“The people there didn’t want frozen gray hockey pucks with slime. People came to us because our food was better and healthier,” said Guzzetta, the 30-year old president of BurgerFi who’s been with the company since he graduated from college. “People come to us for the same reason they go to Shake Shack in New York or Whataburger in Texas. We feel we can fill that role in the Southeast.”

Florida remains the chain’s base. Fifty-five of its locations are in the Sunshine State and more will be opening there and up the Eastern seaboard after OPES Acquisition Corp acquired BurgerFi and listed it on Nasdaq. OPES is part of Miami-based Lionheart Capital, a big player in commercial real estate headed by Ophir Sternberg. Its Out of the Box Ventures unit was formed in 2017 to acquire and reposition distressed properties and now owns 6 million sq. ft. of retail.

“We will open 30 to 35 new restaurants this year, which is about the number we opened over the past three years,” said Guzzetta. “We now have the capital resources to do it.”

BurgerFi had relied on franchisees to help grow its unit count, but now intends to use that new capital to increase its number of company-owned units. Tops on BurgerFi’s real estate shopping list are lifestyle centers in affluent suburban neighborhoods in Florida--though Guzzetta also envisions growth in Mobile, Charlotte, Nashville, and Montgomery.

Despite all the new BurgerFi locations opened in 2020, chainwide sales were the same as they were in 2019 because of COVID-19. But the crisis did ramp up its takeout and delivery business, up more than 100% year-over-year in October, November, and December. The company’s investment in the OLO delivery platform also used by Shake Shack and Wingstop paid off in a big way, though Guzzetta said takeout businesses need more help from their landlords, as well.

“Landlords need to be a little more lenient about parking and accessibility,” he said. “Today, if fast-casual brands don’t have three to five curbside pick-ups for Uber and Doordash, the only person suffering is going to be our customer.”