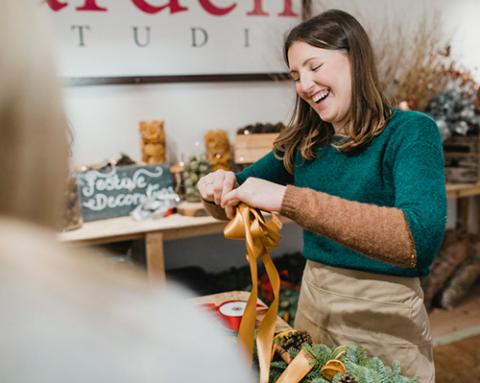 Retail seasonal hiring did not get off to a great start.

Despite record-high seasonal hiring announcements from retailers, retail seasonal hiring fell 9% in October from the year-ago period, according to an analysis of data from the Bureau of Labor Statistics by global outplacement and business and executive coaching firm Challenger, Gray & Christmas. Seasonal transportation and warehousing hiring fell 17% from the same month last year.

U.S.-based companies announced 940,300 seasonal hiring plans, according to Challenger tracking. This is up 11% from the 849,350 the firm tracked in 2020 and the most since the firm began tracking in 2012. One of the biggest seasonal hiring announcements came from Amazon, which is looking to hire 150,000 U.S. seasonal workers and, similar to some other retailers,  is offering sign-on bonuses

“Clearly, companies are gearing up for high demand this holiday season, but the worker shortage will complicate matters. Even if there weren’t issues in the general supply chain this holiday season, the worker supply shortage too will mean longer wait times and un-stocked shelves,” said Andrew Challenger, senior VP of Challenger, Gray & Christmas.

In an online survey of 172 human resources executives at companies of various sizes and industries nationwide, 59% of respondents said burnout was a leading cause of worker exodus. Another 74% cited desire for more flexibility.

“Companies continue to have a difficult time attracting and retaining workers, particularly for in-person, shift positions,” said Challenger.“HR executives report people are leaving their jobs due to burnout and a desire for flexibility. But what they tend to offer is more money, which, while an attractive incentive, may not meet the needs of the candidates.”