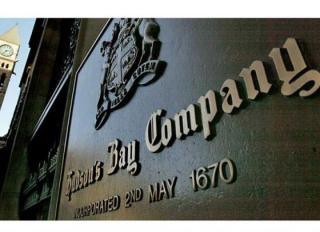 Hudson's Bay Company has agreed to be taken private by a group of its shareholders after they upped their offer.

The group is headed up by Richard Baker, executive chairman of the Canadian department store company, and also includes Rhone Capital LLC, WeWork Property Advisors, Hanover Investments and Abrams Capital Management. The investors, who together own 57% of Hudson’s Bay, have agreed to pay C$10.30 ($7.84) a share in cash for shares outstanding. The offer represents an increase of 9% over the group’s initial proposal in June of $9.45 per share, which a special panel of Hudson’s Bay had deemed “inadequate.”

The new deal values the nearly 350-old retailer at $1.45 billion, according to Bloomberg.

Hudson’s Bay has been struggling to adjust to the evolving retail marketplace, closing underperforming locations and shedding some assets. In August, the company announced that it was selling its Lord & Taylor division to clothing rental subscription company Le Tote. Earlier, this month, it completed the sale of its European real estate and joint ventures.

Founded in 1670, Hudson’s is the oldest company in North America. It operates more than 300 stores around the world, under such banners as Saks Fifth Avenue, Hudson’s Bay, Lord & Taylor, and Saks Off 5th.