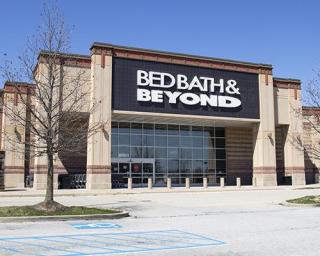 Bed Bath & Beyond plans to close about 150 stores.

Bed Bath & Beyond’s new turnaround plan involves store closings, job reductions and a pullback from the private label strategy it has focused on in recent years.

The embattled home goods chain also has secured more than $500 million in new financing to shore up its business ahead of the holiday selling season. The financing includes a $375 million loan through Sixth Street Partners and the newly expanded $1.13 billion asset-backed revolving credit facility. It also announced a plan to sell up to 12 million additional shares of its stock. (The retailer had about $100 million cash on hand at the end of May.)

Bed Bath & Beyond detailed the moves in a strategic update on its business in which it also said that COO John Hartmann and chief stores officer Gregg Melnick will be leaving the company as their roles are being eliminated. (In June, following a disastrous first quarter, CEO Mark Tritton and chief merchandising officer Joe Hartsig were ousted by the board.)

“We are embracing a straight-forward, back-to-basics philosophy that focuses on better serving our customers, driving growth, and delivering business returns,” stated Sue Gove, director and interim CEO. “ We have taken a thorough look at our business, and today, we are announcing immediate actions aimed to increase customer engagement, drive traffic, and recapture market share.”

The retailer said it will implement a “significant” cost-cutting program aimed at lowering expenses by $250 million in fiscal 2022.  The program includes  an approximate 20% workforce reduction across the company’s corporate and supply chain staff. The BuyBuy Baby chain, which activist investors had urged the company to sell, will remain part of the company for now.

In other moves, Bed Bath & Beyond will close about 150 of its “lower producing” namesake stores, and said it continues to evaluate its portfolio and leases. (The company operates about 1,000 stores.) And capital expenditures for the year have been slashed to an expected $250 million from previous guidance of $400 million.

As part of a merchandising overhaul, Bed Bath & Beyond will emphasize national brands as it pulls back from the private or “owned” brand strategy that was critical to Tritton’s plans to revive the chain.  It is eliminating three of its nine private labels (Haven, Wild Sage and Studio 3B) and “substantially” reducing the  inventory across its six remaining owned brands.

“Customers are expected to benefit from swift actions the company is taking in its Bed Bath & Beyond banner to rebalance its assortment and improve inventory,” the retailer stated. “These include adjusting merchandise allocations to lead with customer preference and bringing back popular national brands and introducing new, emerging direct-to-consumer brands.”

In a call with analysts, Mara Sirhal, who on Wednesday was appointed president of Bed Bath & Beyond, said that "discovering innovative and unexpected brands, products and categories will return to being a core experience for our customers."

In its most recent quarter,  Bed Bed & Beyond’s  loss widened to $357.7 million  and sales fell 25%. In a financial update for its second quarter, the company said it expects  same-store sales to decline 26% from a year ago.

Bed Bath & Beyond's latest strategy essentially throws out the playbook of Tritton, who before taking the helm of the home goods chain in late 2019  served as the chief merchandising officer of Target.  He sought to reinvent the business with an ambitious multi-year transformation initiative that included modernizing  stores and emphasizing private brands. Under his watch, the company also made significant investments in omnichannel operations.