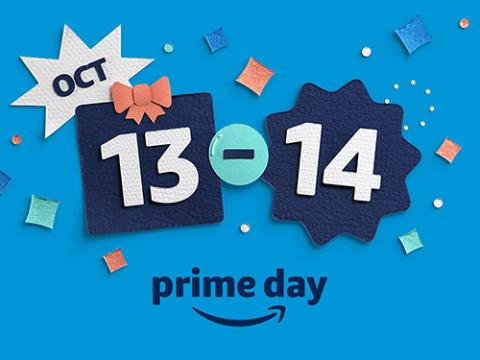 Third-party sellers on Amazon across the globe had their two biggest days ever during the 2020 edition of Prime Day.

In addition, Amazon says Prime members around the world saved over $1.4 billion during the event. While the company traditionally does not release complete metrics for its annual Prime Day sale, the 2019 edition (held in July) is estimated to have generated $6.93 billion, including $4.32 billion in the U.S. eMarketer has predicted Prime Day 2020 will generate $9.91 billion in sales worldwide, including $6.17 billion in the U.S.

Here are some additional highlights from Prime Day 2020.

“We are thrilled that Prime Day was a record-breaking event for small and medium businesses worldwide, with sales surpassing $3.5 billion—an increase of nearly 60% from last year,” said Jeff Wilke, CEO worldwide consumer, Amazon. “We’re also proud that Prime members saved more than $1.4 billion, and we look forward to providing more opportunities for our selling partners to grow and customers to save throughout the holiday season. I’m incredibly thankful to our employees and partners around the world who helped make Prime Day possible, especially the dedicated front-line teams in our fulfillment centers and delivery operations.”