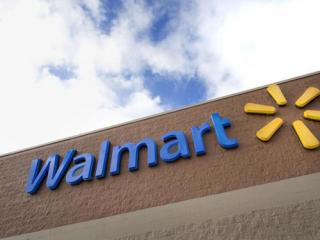 Walmart Inc.’s remarkable run of quarterly revenue gains continued in its third-quarter fueled by strong growth online and in the U.S.

The retail giant also raised its annual earnings outlook as prepares for what Walmart CEO Doug McMillon said will be a “good holiday season.”

Total revenue rose 2.5% to $127.99 billion. Analysts had expected revenue of $128.65 billion. Walmart said its results reflected challenging conditions in many of its global markets, including the U.K. where concerns over Brexit have continued to negatively affect customer spending patterns.

“We continue to see good traffic in our stores,” McMillon said. “We’re growing market share in key food and consumables categories, including fresh, and we had positive comps in general merchandise.”

“Walmart’s third-quarter results have not disappointed — they show that the retail giant remains firmly on a top-line growth trajectory, especially in the U.S. where the company is benefitting from its investments in e-commerce and from more traffic to its stores,” said analysts Neil Saunders, managing director, GlobalData Retail.

Saunders added, however, that there are “negative headwinds” on the horizon as Walmart continues its shift to an omnichannel retailer, including the push to ever faster, free shipping.

“Amazon’s more serious incursion into grocery will need to be tackled,” he said. “The lack of resolution on tariffs adds a further unhelpful dimension.” (Click here for more analysis.)

In his statement, McMillon noted that the e-commerce team improved gross margins compared to a year ago “through improvements in merchandising mix” and “leveraging operating expenses.”

“We’re making progress on many fronts, but we need to do more and move faster, especially with our assortment including marketplace,” he added. “I continue to challenge the team to drive a deeper, more sustainable relationship with the customer, better execute the fundamentals, and improve the overall economics of the business. Our strength is being driven by food, which is good, but we need even more progress on Walmart.com with general merchandise.”

Walmart raised its guidance for the full fiscal year, including Flipkart, with earnings per share now expected to increase slightly compared to last year. (The retailer’s prior guidance called for EPS to range from a slight decrease to a slight increase.) Excluding Flipkart, EPS is expected to increase by a high single-digit percentage range versus the prior guidance of a mid- to high single-digit percentage increase. The Street outlook is for earnings per share of $4.95, implying a 0.8% increase.