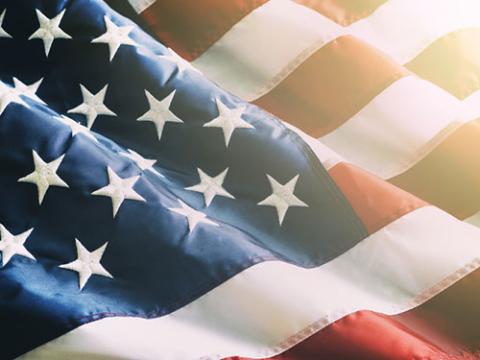 A retail giant ranks as the country’s second most patriotic brand.

Jeep came out on top for the 19th straight year in Brand Keys annual ranking of the 50 brands that consumers believe best embody the value of patriotism. Walmart took the number two spot. Only one other retailer made the top 10: Amazon, which came in at No. 4. (See end of article, for ranking of all 50 brands.)

The results are based on a national sample of 5,804 consumers, 16 to 65 years of age, which were balanced for gender and political affiliation and drawn from the nine U.S. Census Regions. Consumers assessed 1,172 brands as to their resonance for the single value of patriotism.

“These brand rankings do not mean to suggest other brands are not patriotic or don’t possess patriotic resonance or intent,” said Robert Passikoff, president, Brand Keys. “Rational values, like being an American company and Made in the USA, play a part in the perception of any brand. But the brandscape gets more complicated and partisan every day. Particularly when it comes to viewing brands through the lens of patriotism.”

“Brands that differentiate and engage via an emotional value as strong as patriotism find increased engagement results in better consumer behavior toward that brand,” he said. “In most cases six times better.”

The following brands were identified as best meeting the challenge that patriotism plays in today’s marketplace, according to Brand Keys. (The numbers in parentheses indicate brand status year-over-year.)