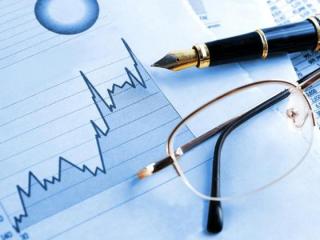 Owners of small retail businesses are cutting back on their fourth-quarter inventory orders, according to Alignable.

The summer of 2022 isn’t shaping up as a particularly good one for most small businesses, particularly  retail.

The risk of shutting down is particularly intense in retail, where 59% of small businesses said they are in danger of shutting down. It’s also high in restaurants, at 50%.

“This is a significant and rather disturbing shift, as many in retail count on a strong showing during Q4 to survive into the next year,” stated Chuck Casto, head of public relations, Alignable.  “But by reducing their Q4 inventory orders, these retailers are more concerned with avoiding a big loss vs. surging ahead in December.”

As to what is causing the owners’ concerns, Alignable pointed to the cumulative hurdles that have been confronting small business owners during the past year or more. The challenges include record-breaking inflation, higher-than-normal gas prices, rent hikes, labor issues, a still-broken supply chain, reports of reduced consumer spending, elevating interest rates, recessionary fears, and the fact that several businesses have not recouped losses from 2020-2021 yet.

In the U.S., small business owners in Colorado, Michigan, Ohio, Pennsylvania, and Texas top the list in terms of SMBs in jeopardy.

Colorado is No. 1 at 54%, Michigan is a close second at 52%, and Ohio, Pennsylvania, and Texas all share the third spot with 51% of small businesses in those states fearful of potentially closing by the fall, if their economic conditions don't improve.

Nearly half (49%) of North Carolina's small businesses are struggling to stay afloat, 47% of California's SMBs are in the same boat, along with 46% in Illinois, and 43% in Florida, New York, and New Jersey. And 41% of Georgia-based small businesses are at risk of closing based on their responses to this poll.