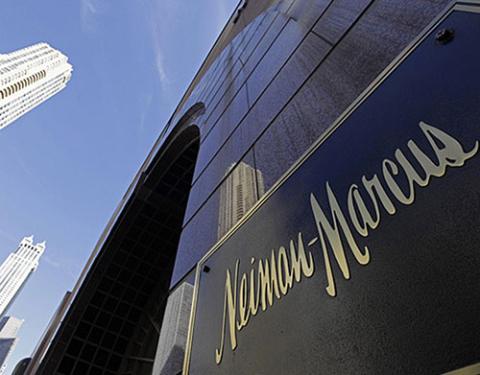 Neiman Marcus Group has emerged from bankruptcy protection, with new owners and a lot less debt.

The luxury department store retailer’s restructuring plan includes the elimination of more than $4 billion of its roughly $5.5 billion existing debt and more than $200 million of cash interest expense annually. Neiman Marcus said that it emerges from Chapter 11 with the full support of its creditors and new equity shareholders, and is now operating a strengthened capital structure, with no near-term maturities.

Neiman Marcus filed for bankruptcy in May, and announced approval of its Chapter 11 reorganization plan by U.S. Bankruptcy Court for the Southern District of Texas, Houston Division, on Sept. 8. The company is reportedly reducing its headcount, with some selling and non-selling employees across its stores being let go.

"With the successful implementation of our restructuring, Neiman Marcus and Bergdorf Goodman will continue to be the preeminent luxury shopping destinations for years to come,” said Geoffroy van Raemdonck, CEO of Neiman Marcus Group. “While the unprecedented business disruption caused by COVID-19 has presented many challenges, it has also given us the opportunity to reimagine our platform and improve our business. We emerge from Chapter 11 as a stronger, more innovative retailer, brand partner, and employer."

Neiman Marcus’s new owners, which include PIMCO, Davidson Kempner Capital Management and Sixth Street, are funding a $750 million exit financing package that fully refinances the debtor-in-possession loan and provides significant additional liquidity for the business. The company has also secured a $125 million first-in-last-out (FILO) facility led by Pathlight, the proceeds of which refinance existing debt and will provide liquidity to support ongoing operations and strategic initiatives.

“Our new owners, which include PIMCO, Davidson Kempner Capital Management, and Sixth Street, understand the value of our brands and the opportunity for growth,” continued van Raemdonck. “They are also strongly committed to supporting our company on sustainability issues – where we intend to be a leader within the industry.”

Neiman Marcus’ new exit term loan financing and FILO facility are in addition to the liquidity provided by $900 million in asset-based lending (ABL) led by Bank of America and a consortium of commercial banks. With the support of its new shareholders and funds available from the exit financing, FILO facility, and ABL facility, the company expects to be able to execute on strategic initiatives to help ensure long-term operations for Neiman Marcus.