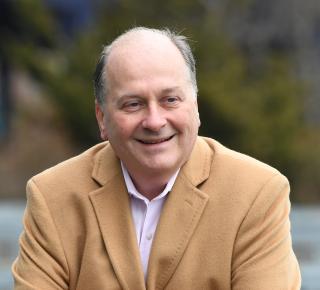 They don’t teach how to conduct layoffs in college or graduate school.

Maybe that is why when recessionary winds are in the air, they are usually accompanied by increasing gusts of poorly executed layoffs that rocket all over social media.

Nobody is going to ever forget Better.com CEO Vishal Garg firing 900 employees at once over Zoom in December. Five months later, Carvana did the exact same thing with almost twice as many employees.  In June, Recurrent Ventures literally tossed all the MEL Magazine staff out in the middle of its daily Google Hangout meeting and immediately killed their Slack and company email accounts.

All three situations resulted in horrific beatings across the press and social media, painting the top executives as cruel and heartless. Garg even took a sudden sabbatical for one month

Forced headcount reductions are already painful, but the insensitivity of how some of them are carried out still remains head-spinning, proving again and again how necessary this subject needs to be taught. Doesn’t anybody learn anything?

Bungled layoffs have huge reverberations in retail. It’s not a far stretch to say if you can’t do this right, how can people have faith in your management, leadership, and future stability, now and in the future?

Employees have no problems airing their grievances to the public when mistreated. If SpaceX employees didn’t hold back with an open letter calling their boss Elon Musk embarrassing, and he’s the world’s richest man, they will air your dirty laundry in a New York minute.

Please – don’t ever mistake your attorneys for communications experts. Very few are good at it.  Underscoring this point: in the aftermath of the Better.com debacle, three top communications and marketing executives resigned. Let the attorneys keep your actions legally sound, but don’t let them dictate the communications strategy. It’s a collaborative effort.

As a communications professional who stops people and companies from saying and doing things that may regret, here are the four essential communications rules of thumb.

1. Assume nothing is private

If you think it may look bad, it probably will.

One ill-conceived headcount reduction will be online faster than the Elon Musk/Twitter trial verdict and you will be indelibly painted as a modern day Lord Voldemort. There is nothing the media loves more than to vilify employee mistreatment.

2. Make believe it's your kid

Staff don’t suddenly vanish from earth after you eliminate their jobs. As we all know, today’s laid-off manager can be tomorrow’s partner, rival, or even boss.

Every detail about how a layoff is handled is often scrutinized more than the cause of the layoffs themselves.

Imagine that your best friend or child was laid off from their job. How would you want them to be communicated with and treated when they received the news?

You have two choices: One, you treat every exiting employee with respect by acknowledging their accomplishments individually, providing them a degree of trust, and helping them transition out with severance and professional guidance; or two,  you concoct a haphazard scheme showing contempt for your staff, hoping nobody will notice.

Neither choice will stay private, so which one do you want to be remembered by?

Guilt (repressed or not) and nervousness are often compensated for under a pile of nonsensical word soup. Stir in overzealous lawyers adding their two cents and a resulting official statement often reads like a bad self-help manual.

The decision to lay off people happens for a reason, so be a straight shooter and don’t dance around it. If the advertising market is softening or a new product is not gaining traction, then say it. Direct communications of the reasons for layoffs creates a better bond of mutual understanding and respect for each other.

The public is very sensitive about phrases that double as emotional dynamite: think about volatile reactions to “thoughts and prayers.” In the workplace, “going in a different direction,” “rightsizing,” or “realigning resources” are corp-speak terms that actually say more about your possible lack of business acumen than correcting the problem.

While laying off 12% of its workforce, photo-editing app Lighttricks released a statement that would send English professors into conniptions: "Due to the continued constriction of the global economy, Lightricks has decided to prepare the company for long-term success by reducing cash spend while managing current revenue and investments without needing additional external funding in the short-term.”

4. Speak about a better future - for everybody

Always look ahead – that’s crisis management 101. Not only should you state that better things lie ahead for your company after the layoffs, but praise the future of the people who have been let go.

You want to think well of you and ideally find their next jobs soon because you never know where you will encounter them in three years.