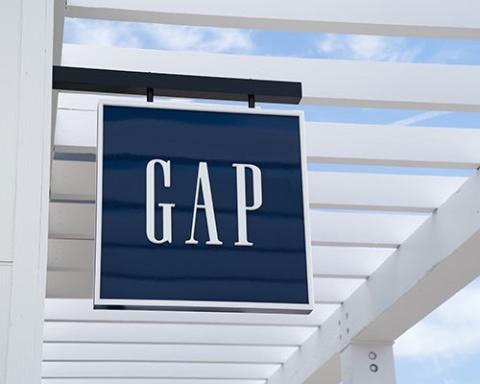 Gap Inc. is moving away from the mall.

The struggling apparel giant revealed its new "Power Plan 2023" strategy to return the company to profitable growth at its virtual investor meeting on Thursday. The strategy emphasizes expanding its higher-profit Old Navy and Athleta brands, tweaking and reducing product assortments and reducing and rethinking its store footprint in a move away from traditional shopping malls.

“We’re the biggest retailer in North America,” Sonia Syngal, Gap Inc. CEO, told investors. “We’re closely watching the economy, the retail landscape and the competitive environment to evaluate how we can strategically play to win; how we can do things that only we have the authority to do.

Gap Inc., a longtime mainstay of U.S. mall retailing,  expects to close approximately 30% of its Gap and Banana Republic stores in North America by the end of fiscal 2023 (early 2024), with about 75% of the closures to be completed by the end of fiscal year 2021. All told, the retailer is closing some 350 stores.

The company said it is moving to a business model that is driven by e-commerce and off-mall locations. It expects about 80% of its namesake stores to be outside of malls within three years.

Old Navy
The company remains committed to expanding its Old Navy brand, currently an $8 billion business, to $10 billion by 2023.  Nancy Green, president and CEO of Old Navy, described the brand’s store base as highly profitable, with 75% of the stores located in strip, outlet and lifestyle locations.

“Stores matter; they really do,” Green said. “They remain a very important underpinning of our strategy. You can’t create omni customers without stores."

In addition to enhancing its digital and omnichannel capabilities, Old Navy is targeting 30 to 40 new stores annually. The focus will be on underserved, smaller markets, particularly those with populations under 200,000.

Gap
Gap expects to complete the closure of about 175 North America stores by end of 2021 as part of its plan to reduce the fleet by 35% by end of 2023 (for a total of 220 locations). It also is re-evaluating its European business, which could entail a partial shift from a company-owned model to a partner model by 2021.

In addition to driving digital commerce, the brand also plans new partnership, such as the one it has entered into with Kanye West, to drive relevance and attract new customers. And as previously announced, it has entered into 10 licensing agreements that will see it launch new protect categories, including babyGap Gear and GapHome, beginning in the second half of 2021. It’s also expanding its wholesale business, with 50 shops in military stores opening in the second half of next year.

“We are harnessing the power of our brand," said Mark Breitbard, president of the Gap brand. “We are radically restructuring to win.”

Athleta
A $1 billion brand currently, Athleta is on a clear path to reach $2 billion by 2023, according to brand president and CEO Mary Beth Laughton.  The brand plans to open 20 to 30 stores annually, and also to expand beyond the U.S. market.

Currently, Old Navy and Athleta make up 55% of Gap Inc.’s revenue. By 2023, Gap Inc. estimates the brands will make up 70% of total company sales.