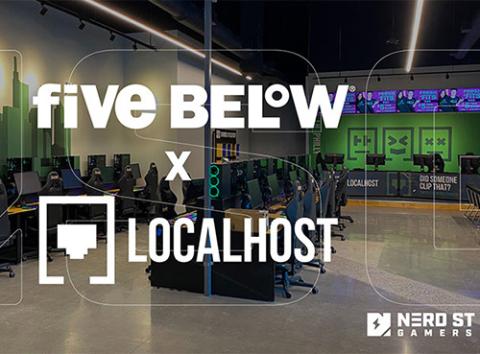 Five Below has joined the fast-growing esports craze.

Nerd Street Gamers, the national network of esports facilities and competitive gamer events, has partnered with the tween and teen discount retailer to open LocalHost esports facilities connected to two Five Below stores, in Philadelphia and Georgetown, Texas. An additional location is due to open later this month at a Five Below store in St. Louis, Mo., with additional locations to follow.

Customers can enter the gaming facilities  from outside the store and through a portal within Five Below that connects to the Locahost space. The LocalHost facilities enable gamers of all skill levels to take part in esports competitions, training sessions, bootcamps and hourly play across a wide variety of video games. The facilities will also offer live in-person events.

“Our customers are always looking for exciting, new experiences and we saw the huge potential that Nerd Street Gamers adds to elevate the Five Below experience,” said Joel Anderson, CEO of Five Below, which has more than 1,000 stores. “Both of our companies are looking to drive innovation, and we align on so many values – a major one being affordability and accessibility to all consumers. We’re excited to partner together to bring esports to everyone regardless of income and to power the next generation of athletes.”

Each of these Nerd Street Gamers locations operate for gamers of all skill levels to participate in esports competitions, bootcamps, training sessions, summer camps and hourly play in a wide variety of video games.

This news follows Nerd Street Gamers’ Series A funding led by Five Below in October 2019. As part of the deal, the companies agreed to build these initial stores as a pilot in 2020 and, based on learnings from the pilot, determine future rollout plans that could include as many as 70-plus locations over the next few years.