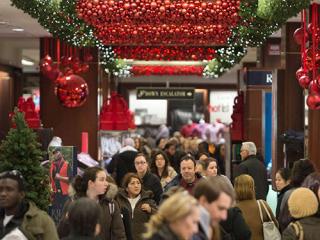 Retailers shouldn’t take anything for granted this holiday season.

Retailers can expect a good Black Friday weekend, but a mediocre Cyber Monday will follow as online growth continues to level off and political distractions around the globe take a bite out of leisure-time spending, according to The NPD Group Holiday 2019 Insights. NPD notes that shopping intentions are divided between consumers who plan to spend more (20%) than last year and those who plan to spend less (16%), with the biggest change among the largest group of consumers — those who plan to spend the same amount (64%) they did last year.

“A roller-coaster season will lead to holiday sales growth between 2.7% and 3.2% compared to last year,” said Marshal Cohen, chief industry advisor, retail, NPD Group. “There is more of a divide in consumer sentiment heading into this holiday season that we have seen in years. Retail needs to be prepared to think differently.”

More than three-quarters of consumers will shop online this holiday season — level with 2018, but still up from 2017, according to the report. But more than half of purchases will be done in-store. Online-only sites and mass-market discount stores are the most preferred shopping channels.  The report noted that planned shopping at off-price retailers is up 3% since 2018, the most significant increase amid relative stability across most other channels.

Most consumers in the U.S. are looking forward to this holiday season and see the holidays as a break from everything happening in the world, NPD said. Half say going out shopping puts them in the holiday spirit, but almost as many say they would rather plan an outing with family or friends than exchange gifts.

“Consumers are faced with endless distractions, be they financial, political, or social — many of which also function as purchase influencers that marketers need to understand and address,” the report noted.

Some of the highlights from the report are below.

• Online’s growth may be leveling, but its footprint is significant, and it continues to erode the amount of time consumers spend in stores. In-store shopping facilitates impulse shopping, which usually accounts for 25% of purchases. This is a big hole that retailers need to find a way to fill this holiday season.

• "Prime Day” has become a real part of the changing holiday dynamic, and its impact on holiday shopping should not be dismissed. By early September, approximately a quarter of consumers had already started their holiday shopping, and about one-third of them did some holiday shopping on “Prime Day.”

• Many of the hot items in retail today are repeats of what we saw last holiday, but that means the positive impact they had is less likely to repeat. After all, if you bought it last year, you and your family and friends likely don’t need another. We need something fresh to fuel the fire of holiday sales.

• About a third of consumers state they feel fair or poor about the economy or their personal finances, and this has an impact on their holiday shopping plans. The good news is that the money matters that are closest to home have the bigger impact on planned holiday spending, and consumers generally feel worse about the state of the economy than their personal finances.