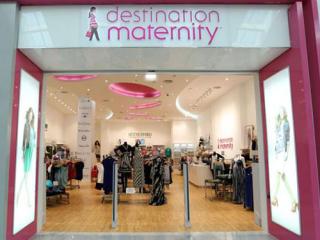 Destination Maternity listed $260 million in assets and $240 million in debts in its filing with the U.S. Bankruptcy Court in Delaware. The company, which in August announced it was reviewing strategic alternatives, including a possible sale, said the process has “already yielded indications of interest from several credible bidders.”

To fund its operations during the Chapter 11 process, Destination Maternity obtained consent to use cash collateral from all of its prepetition secured lenders. In connection with the agreement, binding bids for the company must be submitted by December 5, 2019, with an auction to be held on December 9, 2019. The bankruptcy court must approve the sale by December 12, 2019.

Destination Maternity said it intends to use the Chapter 11 process to optimize operations, including right-sizing its brick-and-mortar store footprint.

“In a challenging retail environment, we have had to make some very tough choices, but we are confident that the steps taken today provide an opportunity to continue a marketing process that provides the most efficient means of maximizing value to our stakeholders,” said Lisa Gavales, chair of the Office of the CEO, which was created in June to oversee the chain during its search for a CEO. “Throughout this process we will be focused on developing the promising interest already shown by potential bidders, and maintaining operational momentum toward a stronger business.”

As of August 3, 2019, Destination Maternity operated 446 stores in the U.S., Canada and Puerto Rico under three banners: Motherhood Maternity, A Pea in the Pod and Destination Maternity, along with 491 leased departments in department stores and baby specialty stores throughout the U.S. and Canada. It also operates international stores via franchising.  Net sales for the first six months of fiscal 2019 decreased 10.3% to $179.1 million.   It reported a net loss of $14.3 million in fiscal 2018.