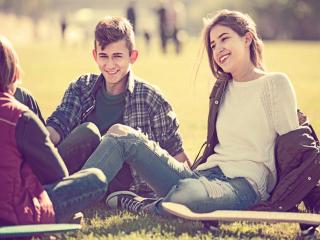 Watch out millennials, Gen Z is coming on strong.

With Generation Z expected to comprise 40% of the North American population by 2020, retailers must address the needs of this generation and understand its purchasing power in households, according to a survey conducted by HRC Retail Advisory.

HRC noted that recognizing the differences between generational segments and understanding the implications of Generation Z’s influence will be critical in successfully targeting and serving this age group (10-17).

To better understand the growing influence of Generation Z and the implications for retailers, HRC surveyed 3,100 participants from the United States and Canada on their attitudes, shopping habits and influences driving their purchasing decisions.

Significant findings of the survey include:

• Generation Z strongly influences parents’ purchases: A significant 82% of parents surveyed admitted that their children have some influence over purchasing decisions, while 93% of the Generation Z respondents say they have influence over certain categories such as clothing, footwear, accessories and cosmetics.

• For Generation Z, Malls are Not Dead: Despite being raised with the internet, Generation Z is still going to the mall to shop. While approximately 60% of all survey respondents said they visit a mall or shopping center at least once a month, a whopping 72% of Generation Z respondents said they visited the mall at least once a month and stayed for at least an hour, visiting 4.4 stores on the trip. And Generation Z-ers are not browsers, as 60% of these high frequency visitors go to the mall with a clear intention of making a purchase for themselves.

• Generation Z Votes Friends as Most Influential: Moving forward, retailers will need to reconsider the implications of their selection of spokespeople to represent their brands. A majority of Generation Z respondents (62%) deemed friends as the most influential party on their buying decisions.

Athletes came in a distant second at 14%, with Bloggers/YouTubers closely following at 13%. Celebrity and singer endorsements were ranked the lowest, at 6% and 7% respectively. 89% of Generation Z respondents also said they would be more likely to enter a store based on where their friends shop.

“Retailers must be nimble in order to effectively appeal to Generation Z consumers,” said Farla Efros, president of HRC Retail Advisory. “Resonating with this group at a young age can have a huge impact on retailers’ long term consumer retention and brand loyalty. Social media and digital advertising will be dominant in marketing strategies targeted to Generation Z, but retailers must adopt these mediums in interactive ways to inspire and engage this emerging generation of consumers.”

• Allow them to personalize, give them control and preferences;

• Talk to them about values and social causes; and

• Instead of creating demand using Hollywood celebrities, use real people or Internet/YouTube stars to market your brand.