As physical shopping centers battle furiously for customer share, more developers are realizing that bells and whistles aren’t just optional; they’re essential. No matter the size or scope, new shopping centers have to offer something extra to an increasingly discerning consumer — and the group of owners highlighted here is doing just that.

Chain Store Age’s annual development survey — spanning 28 years — showcases notable projects by developers who continue to push the envelope, adding in those now-requisite amenities to even the smallest of footprints.

Consistent with years past, we have not attempted to rank a “Fastest-Growing Developers” listing but, rather, have arranged the companies alphabetically and provided highlights for one 2016 project from each developer. All new developments and expansion projects were completed between Jan. 1 and Dec. 31 of last year.

Louisiana has much to celebrate from a CBL-Stirling partnership that delivered Fremaux Town Center in Slidell in 2015 and Ambassador Town Center in Lafayette in 2016.

Ambassador Town Center is a 60-acre retail project anchored by Costco Wholesale, Dick’s Sporting Goods and Field & Stream. The 425,000-sq.-ft. complex opened on March 16, 2016, and is 100% leased with an impressive list of tenants that were either new to the market or, in some cases, new to the state. Other notable tenants at this vibrant open-air center include Nordstrom Rack, HomeGoods, Marshalls, Off Broadway Shoes, Red Robin, BJ’s Restaurant & Brewhouse, Chuy’s and Panera Bread.

New to the CSA Top Developers list is Halpern Enterprises, which completed five projects last year — all in its home state of Georgia. The family-owned and -operated business, based in a suburb of Atlanta, points to its development of Dawson Crossroads in Dawsonville, Ga., as its most significant of the year. Opened in October 2016 and located across from the North Georgia Premium Outlets, the Publix-anchored center features nearly 100,000 sq. ft. of retail and restaurant space. PetSmart, Freddy’s Frozen Custard & Steakburgers and several new retailers make their debut at the center this year.

Another newcomer to the CSA Top Developers list is Houston-based NewQuest Properties, which delivered Camp Forbing Town Center to Shreveport, La. The developer, which had previously concentrated its efforts in neighboring Texas, made its Louisiana debut with this center, which features a Kroger Marketplace and Silver Star Grill.

The Camp Forbing Town Center is also notable in that it was the first commercial Planned Unit Development in the city of Shreveport, and its design was the result of the direct collaboration with Shreveport officials and community leaders.

A regular on the Top Developers list is Regency, a prolific builder of grocery-anchored centers. For 2016, the company highlights its development of Village at La Floresta in Brea, Calif., which blends grocery, entertainment and other lifestyle offerings designed to appear to the local population. Retailers are chosen based on the needs of the surrounding community and include Whole Foods Market, Mendocino Farms Sandwich Market, Jimmy’s Famous American Tavern, Kriser’s, Plum Pretty Sugar, Floyd’s 99 Barbershop, Blue Eyed Girl, Orangetheory Fitness, Slapfish, Urban Plates, and CorePower Yoga.

The center is LEED Silver Certified and offers a mix of lifestyle shopping needs in a walkable setting, reducing emissions and vehicle miles for nearby residents. High-performance building design significantly reduces energy consumption, water consumption and greenhouse gas emissions. A tiered amphitheater makes a stunning gathering area for the community to listen to live music and enjoy an afternoon or evening outside.

Completed by Rouse in concert with the city of Mobile, Ala., Bel Air Mall today provides an expanded retail experience that effectively blends shopping, dining and entertainment. To achieve that, Rouse transformed enclosed mall space into an engaging streetscape and rebranded the property The Shoppes at Bel Air. The transformation, which was completed in the fall of 2016, has had a tremendously positive impact on leasing efforts at the shopping center. Among the many new and exciting tenants the mall has added to its merchandising mix since the redevelopment was announced is Belk, which chose The Shoppes at Bel Air to house its flagship location in Mobile, along with H&M, P.F. Chang’s, Grimaldi’s, Cinnabon, Torrid and Rue21. Baumhower’s and DXL are slated to open in 2017.

Of all of its development projects in 2016 — and this mall powerhouse completed almost 2 million sq. ft. of new space — Simon points to the expansion of a Philadelphia landmark, and the largest mall on the Eastern seaboard, as its most significant.

Simon linked the Plaza and Court areas at King of Prussia Mall, and added a new four-level parking garage so customers can valet their cars and walk seamlessly into the new area. The two-year expansion project, which opened to great fanfare in August 2016, added 155,000 sq. ft. comprised of 50 stores and 13 eateries. Today, King of Prussia Mall is home to more than 400 stores and dozens of dining options, making it a highly desirable shopping and entertainment destination.

Stirling Properties rightfully takes its credit — along with CBL & Associates Properties — for the delivery of Ambassador Town Center in 2016. And the fact that the new center is a meaningful addition to Stirling’s south Louisiana home base makes the development that much sweeter.

Ambassador Town Center was 100% leased within six months of its grand opening in Lafayette, La., a significant accomplishment that represented the strength of the Lafayette market despite challenging economic times. Stirling and CBL formed a JV to develop the center and, with less than two years of planning, construction began in January 2015. Though not initially contracted to develop the center, Stirling and CBL were able to adapt and deliver the project in an exceptionally timely manner when previous developers could not. The companies currently manage and lease the property. Ambassador Town Center has been credited with creating approximately 2,200 construction jobs, 1,700 permanent jobs and nearly $9 million annually in sal 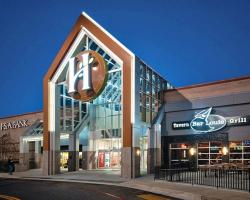 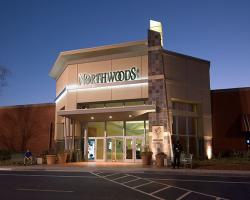 REAL ESTATE
Round1 signs on at two CBL malls 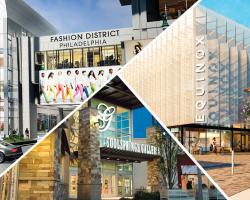 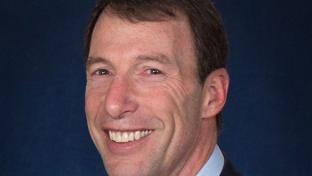