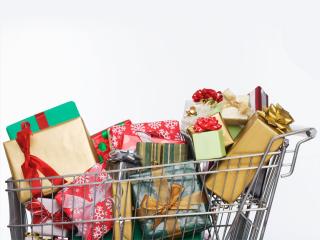 Denver – An estimated 28% of consumers plan to do most of their holiday shopping at mass retailers, compared to 26% who will frequent online retailers. According to an ongoing shopper behavior study conducted by The Integer Group and M/A/R/C Research, free shipping continues to be the most popular offer for holiday shoppers, with 58% of shoppers reporting they expect to take advantage of it this holiday season.

A slight majority of shoppers (51%) expect to do most of their shopping during December, and many shoppers (29%) are doing most of their planning during this time as well. Another 37% say that having an enjoyable shopping experience is important to them as shoppers in general.

•33 percent of Millennial shoppers do most of their holiday shopping during Thanksgiving weekend.

•Married couples and individuals living with a partner expect to spend $713–$744, on average, which is more than any other demographic.

•40% of shoppers will take advantage of Black Friday deals.

•35% of shoppers will take advantage of last-minute deals.
Advertisement