Smart & Final Stores has been acquired and the buyer is the retailer’s previous owner.

Apollo Global Management said it will acquire Smart & Final in an all-cash transaction for $6.50 per share in cash, with an enterprise value of about $1.12 billion. The private equity firm had previously bought Smart & Final in 2007, and then sold the retailer to Ares Management in 2012 for $975 million, including debt. Smart & Final went public in 2014, but remained majority owned by Ares.

Smart & Final has struggled in the increasingly competitive environment for food retailers. The company operates 257 value-oriented grocery stores under its namesake and Smart & Final Extra! Banners and 67 stores under its Smart Foodservice banner, which sells foodservice offerings in a warehouse format mostly to food business customers. Apollo plans to split Smart & Final into two operationally separate units based on their different business model, according to Reuters.

"This transaction is a testament to the strength of Smart & Final's franchise, the quality of our store banners and the talent and expertise of our people,” said David Hirz, CEO, Smart & Final, Commerce, Calif. “Under the ownership of the Apollo Funds, Smart & Final will benefit from Apollo's strategic guidance, which will help us accelerate our existing strategy in a dynamic industry environment. We are excited about the future as we embark on a new chapter in our almost 150-year history, with a strategic partner that understands our strengths, culture and customer-centric philosophy.”

The transaction is expected to close by the third quarter of 2019. The purchase price by Apollo represented a premium of approximately 25% over Smart & Final's average closing share price over the past 24 trading days.

“We are very excited for our funds to be re-acquiring Smart & Final and expect to leverage Apollo's deep expertise and history of success in food retail to support the Company as it embarks on its next chapter,” said Andrew Jhawar, senior partner and head of the consumer and retail group at Apollo. “The unique differentiation and strong value proposition of both the Smart & Final and Smart Foodservice banners are evident to us and we welcome the opportunity to augment and enhance the experience for the company's household and business customers.”

Apollo’s other holdings in the grocery sector include The Fresh Market. 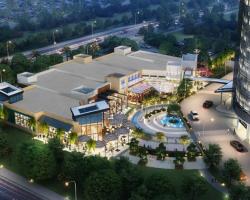 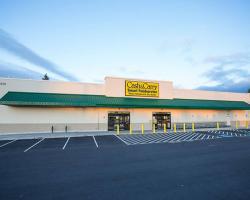 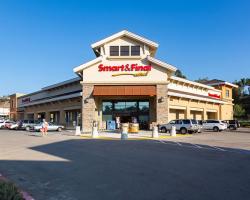