Francesca’s turnaround is still in the future.

Francesca’s expects to close at least 30 locations this year, CFO Kelly Dilts told analysts on the company’s earnings call. The company ended the quarter with 722 stores.

In a statement, interim CEO Michael Prendergast said the merchandising strategies put into place late in the first quarter were beginning to demonstrate success and that, as a result, it would accelerate markdowns on slower selling legacy product with the goal of selling it through by the end of the second quarter.

“We saw better than expected sell-through rates on new product that our teams procured using the enhanced buying and planning processes,” he said. “As the composition of our inventory continues to improve with a higher percentage of new product, we believe we can drive meaningful improvement in comparable sales in the second half of the year.”

Prendergast said that Francesca’s remain on track to achieve its previously targeted $15 million in annualized savings and is looking for additional cost optimizations across the organization.

“As mentioned previously, we have undertaken an initiative to partner with our landlords to reduce rents, seek early terminations in underperforming doors and offer early renewals on boutiques with positive performance,” he said.

Prendergast remains optimistic Francesca's can turn itself around.

“While we are still in the early stages of executing our turnaround, and we have a long road to success, we are highly encouraged by these initial results,” he stated. “We continue to believe that our strategic turnaround plan will return the company to longer-term positive sales, cash flow and operating income performance.” 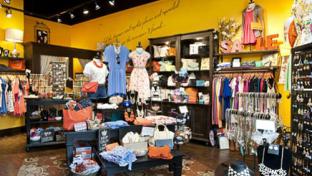