Analysis: Scaled-down Sears could live on

Analysis: Scaled-down Sears could live on

Sears declared bankruptcy this week, bringing the company to a new low after several years of steady decline. In order to avoid going out of business altogether, Sears will close at least 142 Sears and Kmart department stores by the end of 2018, which – along with 46 closures already planned for November – will bring the company's total number of stores in operation to fewer than 500.

Many of the remaining locations have so far been profitable, so a scaled-down Sears could conceivably go on indefinitely. However, the company is currently seeking a buyer for these stores in order to preserve their long-term viability and the thousands of jobs they provide across the US. The bankruptcy could threaten these stores' profit margins if vendors and creditors avoid the struggling retailer as a financial risk, so it's not yet out of the question that Sears goes the way of Toys R” Us and RadioShack.

In any case, bankruptcy and downsizing at this scale represent a monumental change for the former leader of the U.S. retail market. Sears was the equivalent of Amazon and Walmart for much of the twentieth century – when mail-order catalogs and large department stores grew to meet the expanding purchasing power of the American consumer – and is still a staple in shopping malls.

Since 1989, when Walmart surpassed Sears in domestic revenues, Sears has faced intense competition on multiple fronts:

• Supercenters (e.g., Walmart, Target), which offer even larger selections of low-cost goods and conveniently combine the department store with the supermarket;

• E-commerce, which is dominated by Amazon and the leading brick-and-mortar retailers.

As a sign of the trouble Sears has been in for the last several years, the company finally sold its Craftsman brand to Stanley Black & Decker in March 2017, and the idea of selling Kenmore came up again in August 2018. Both brands have historically enjoyed widespread recognition and approval among U.S. consumers, but have lately languished under the retail chain's poor management.

The Craftsman deal promises to revitalize that brand, especially as it brings the brand into growing retail channels such as Lowe's and Ace Hardware. In September, Stanley Black & Decker rolled out 1,200 new Craftsman products, including hand tools, power tools, tool storage, lawn and garden equipment, and more. The deal gives Sears a perpetual license to continue selling Craftsman, so shoppers will still find these products where they have always been, but the brand is now under Stanley Black & Decker's management, which will help to maintain the brand's strong name.

According to Freedonia analyst Cara Brosius, Stanley Black & Decker has been more understanding of consumer trends than Sears, including in its distribution through home centers.

"Many customers like home centers for being a one-stop shop for home improvement projects, since they can consult store employees for advice and purchase virtually anything they need – either in-store or online for in-store pickup if the products they need are not in stock, she said.

This makes two significant acquisitions for Stanley Black & Decker in the last couple of years. In September, the company also purchased a 20% stake in MTD Products – the current market leader in U.S. power lawn and garden equipment – with the option to acquire the remaining 80% beginning in July 2021. Between its ownership of Craftsman and its stake in MTD Products, Stanley Black & Decker is quickly becoming a power player in both the tools market and the lawn and garden equipment market.

For more information on the manufacture and distribution of tools, power equipment, and related products, see the following Freedonia Group studies: 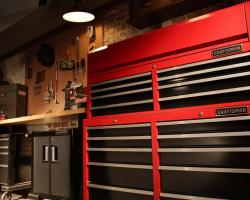 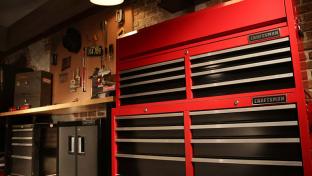 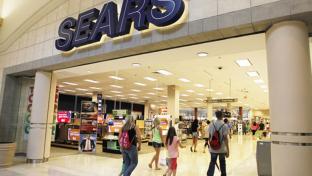 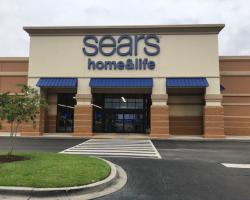