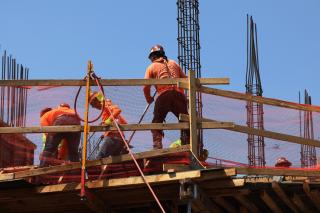 New retail real estate construction in the second quarter totaled just 3.6 million sq. ft., down 56% from a year ago.

The retail availability rate hit a 10-year low of 5.1% in the second quarter of 2022, according to CBRE. The neighborhood, community, and strip center segment is suffering the most, its available space falling by 2.4 percentage points over the past five years and 5.3 points over the past 10.

Availability in the mall and power center sectors both hovered at around 6% at the end of the recent quarter.

Lesser availability, of course, means higher rents. Average retail rent increased by 2.4% year-over-year in the second quarter to $22.39 per sq. ft, according to CBRE, which identified that as the highest annual growth rate posted since the first quarter of 2017.

The global real estate services company called upon anecdotal evidence to note that rates are increasing for both new leases and renewals, with some markets registering annual increases of at least 4% for prime spaces.

The pace of new construction, meanwhile, has been slowed by higher costs of construction materials and a lower supply of workers. Retail builds completed during the second quarter totaled just 3.6 million sq. ft. in the U.S., down 56% from a year ago.