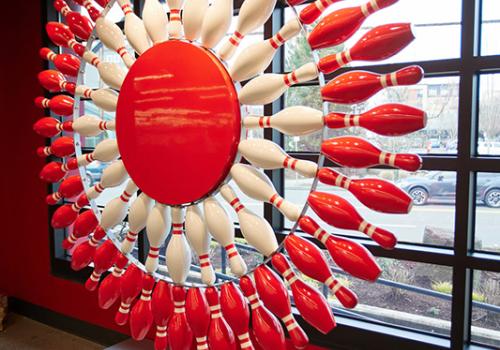 Caption Target’s new store in Portland, Oregon, features a Bullseye made of bowling pins, a nod to the building’s past life as a bowling alley. 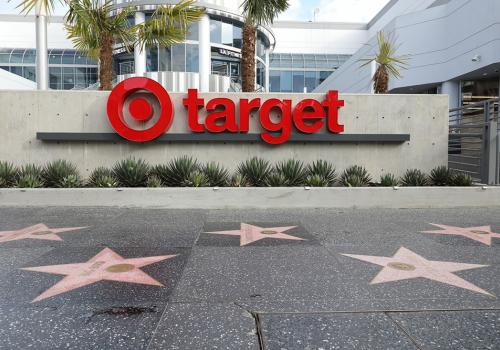 The doors to the new Target in Hollywood, Calif., are located right on the Hollywood Walk of Fame. 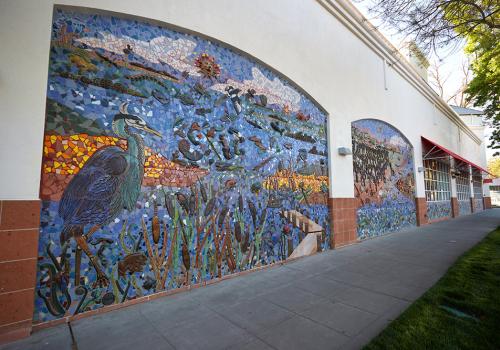 The team at Target’s new Sacramento Midtown store repaired an existing mural on the building exterior that depicts scenes from across the city, bringing it back to its original luster.

Target Corp. is off to a running start with its 2021 store expansion.

The retailer opened 12 new, “state-of-the-art” Target stores as of the end of April (see list at end of article), bringing its total store count to more than 1,900, including more than 140 small-format locations. Earlier this year, Target announced plans to open up to 40 stores annually, with some 140 remodels completed in time for holiday shopping.

The new locations range from busy urban sites (four of the new stores are in New York City) to tourist hotspots such as the Hollywood Walk of Fame. The stores feature online order pickup, with many also offering drive-up services. They are outfitted with the latest safety features, including fixtures and signage to reduce contact and promote social distancing. Each location was designed and built with the community in mind — from infusing local art to capturing the history of the buildings we now call home, Target said.