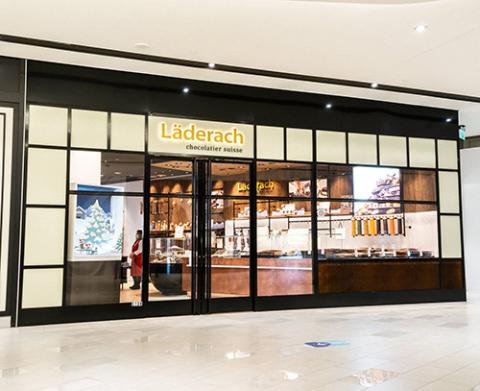 The family-owned, Switzerland-based company has signed an asset purchase agreement allowing it to take over the leases of 34 Godiva locations across the United States. Läderach and Godiva agreed to not disclose any other conditions of the agreement. Läderach plans to announce the locations of the 34 stores, which are expected to open by the end of summer 2021, if not sooner.

As previously reported, Godiva in January announced that it planned to close or sell its 128 brick-and-mortar locations in North America to focus on its online and retail partner sales. The closures and sales are expected to be completed by the end of March.

In December, Läderach opened its 100th store (and second store in Manhattan, a flagship on Fifth Avenue. The 2,500-sq.-ft. store has a one-story, rotating cocoa bean sculpture featuring real chocolate. In February, the company opened a location in Union Square, in Washington, D.C. It also has a location at American Dream, the mega-center in East Rutherford, N.J.

"After our successful and encouraging U.S, market entry with four stores in the Northeast and excellent nationwide e-commerce demand, these new stores are the perfect opportunity to share the joy of fresh chocolate from Switzerland with chocolate lovers from coast to coast,” said Johannes Läderach, CEO, Läderach Group.

Läderach’s artisanal chocolates are produced exclusively in Switzerland, with their product sold in over 100 Lädera 100 Läderach chocolatiers stores in Switzerland, Germany, the U.K., the U.S., and Canada, and through sales partners in the Middle East and Asia.