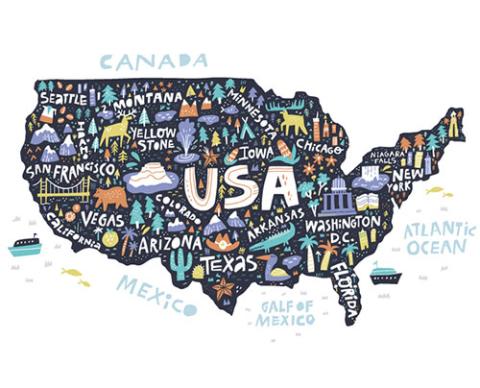 The same Midwestern state has the most small-and-medium-sized businesses (SMBs) selling in Amazon’s stores per capita and the fastest-growing SMBs selling in its stores.

As Amazon’s online sales have been booming during the COVID-19 pandemic, the states of Iowa, Delaware, California, Wyoming, and New Jersey have the most SMBs per capita reaching customers in Amazon’s stores. Meanwhile, SMBs in Iowa, Washington, Alabama, Virginia, and Louisiana are growing their businesses the fastest on average in Amazon’s stores. Amazon also revealed that overall, 47 states are each home to more than 1,000 SMB sellers and 26 states each have more than 5,000 SMB sellers.

“Iowa is home to thousands of small and medium-sized businesses selling in Amazon’s stores, and we’re working hard to support their growth despite the global pandemic,” said Keri Cusick, head of small business empowerment at Amazon. “Both top 10 lists we revealed today demonstrate innovation in every corner of the country, with states like Iowa, Delaware, Wyoming, and Alabama coming out on top.”

Amazon says it spent $15 billion during 2019 on logistics, tools, services, programs, and people to help SMBs around the globe succeed in its online stores.