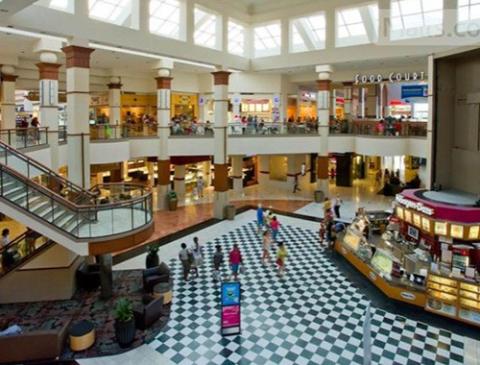 An auction of Simon's Town Center of Cobb in Kennesaw, Ga., drew no bidders.

Simon Property Group and its lender, Deutsche Bank, put Town Center at Cobb mall in Kennesaw, Ga., on the auction block this week and received no bids. The property is now returned to the bank.

“There could be developers or companies that may look at purchasing it, but with things the way they are — the pandemic, so many businesses closing because of COVID — it’s not a good time,” Cobb County Commissioner JoAnn Birrell told the Cobb Business Journal.

At auction was the retail portion, which made up about half of the 1.2 million sq. ft. mall.

Simon’s financing for the property was a split of two CMBS deals, one valued at $117 million and the other at $63 million. Valued at more than $300 million five years ago, Town Center at Cobb’s worth had dropped to $130 million at auction time.

Urban-themed town centers such as North American Properties’ Avalon mixed-use project in Alpharetta have drawn traffic away from enclosed malls in the Atlanta metro. According to digital traffic-tracking company Placer.ai, 3.2 million guests visited the half-million-sq.-ft. Avalon from March to November 2020. During the same period the largest mall in the area, Lenox Square in Buckhead, drew 2.75 million, North Point Mall guested 1.5 million, and Ponce City Market had 1.1 million visitors.

Brookfield recently gave North Point back to The New York Life Insurance Company, which has hired Trademark Property Company to manage and redevelop the 1.3 million-sq.-ft. Alpharetta mall as a mixed-use town center.