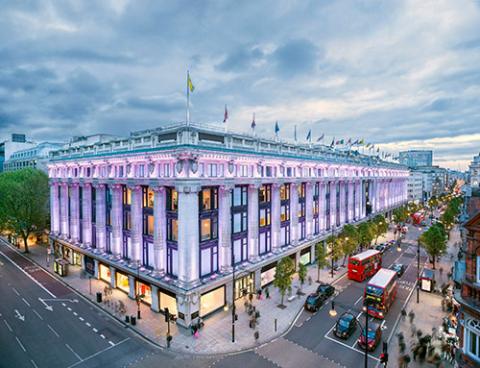 One of the world’s most trend-setting retailers has been sold to a joint venture between a Thai retail conglomerate and an Austrian property company.

Thailand’s Central Group joined with Austria’s Signa Holding to buy Selfridges for a reported 4 billion pounds ($5.36 billion). The two companies already jointly own luxury department stores in Europe, including Rinascente in Italy, Globus in Switzerland, Illum in Demark and The KaDeWe Group, which operates in Germany and Austria.

The deal includes the Selfridges Group’s portfolio, which is made up of 18 department stores, including its world-famous 600,00-sq.-ft. London flagship and stores in Manchester and Birmingham, de Bijenkorf in Netherlands, Brown Thomas and Arnotts in Ireland and their associated e-commerce platforms and the properties in London, Manchester and five locations in Ireland.The stores will continue to be run by the existing leadership teams.

It was reported in July that that Selfridge’s billionaire Canadian owners, the Weston family, were looking to sell the business. (The Westons will continue to own Canadian luxury department store company Holt Renfrew.) Selfridges was established in 1908 by Harry Gordon Selfridge, a pioneer in the belief that shopping should also be entertaining. He was also the first to establish a beauty department on the ground floor — masking the smell of manure from horse-drawn carriages, according to a report by WWD.

The company has had various owners throughout the years. In 2003, it was acquired by the Weston family in a 598 million pound deal.

"It is a privilege to be acquiring Selfridges Group, including the flagship Oxford Street store, which has been at the centre of London's most famous shopping street for over 100 years," stated Tos Chirathivat, executive chairman and CEO, Central Group. “As family businesses, Central and Signa will focus on delivering exceptional and inclusive store and digital experiences for both local residents and overseas visitors alike, to ensure we can give all the stores in Selfridges Group a bright future for the next 100 years. We are looking forward to working with the management teams and the colleagues across Selfridges Group, as we seek to create a world-leading luxury, retail company.”