San Francisco is going to get a new mall—from Ikea

San Francisco is going to get a new mall—from Ikea

One sees more stories about old malls closing during the COVID-19 pandemic, not new ones opening. But San Francisco is about to get a new enclosed shopping center and its very first Ikea store.

Ingka Centres, an Ikea unit that owns and operates 48 malls in Europe and Asia, has acquired the 6 X 6 Building on 945 Market Street, a 375,000-sq.-ft. property that Alexandria Real Estate Equities and TMG Partners opened in 2016, but failed to fill. Ingka has budgeted at least $250 million for the property and its redevelopment.

“This investment and the addition of Ikea will be transformational for our Mid-Market neighborhood, and a welcome reminder that while the present is challenging, San Francisco remains a place businesses want to locate,” said Mayor London Breed.

6X6 will be Ingka Centres’ first development in the United States and its second mixed-use project in a downtown location—the first having been Kings Mall in London. The company is engaged in an effort to build smaller, urban centers in 40 major cities worldwide. Having found a suitable site in San Francisco, Ingka’s next targets will be New York, Los Angeles, and Chicago.

“Our urban projects are all about getting closer to our customers. 6X6 is an impressive six-floor glass building, with smart modern design and internal areas that provide the ideal canvas to create something truly spectacular,” said Ingka Centres’ GM Gerard Groener. “We believe we can transform the performance of well-located assets like 6X6 by aligning their offers to how people want to spend their time.”

Ingka Centres are primarily located in Europe, though the developer has expanded more recently into China and Russia, where it operates 14 centers under the name MEGA Mall. 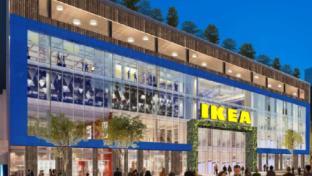 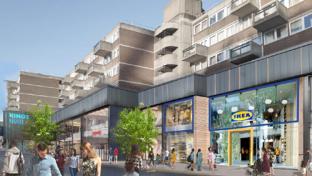 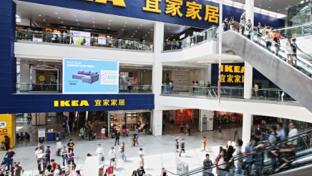