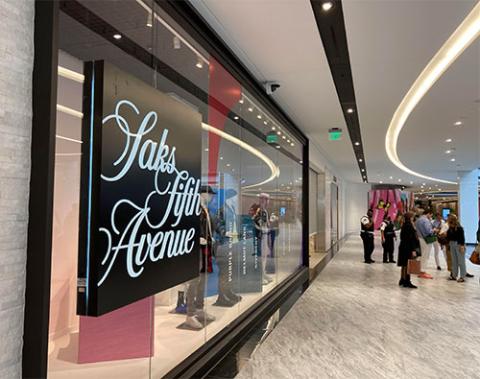 After just four months in business, The Avenue at American Dream has established itself as the luxury High Street at Triple Five’s mega-center in the New Jersey Meadowlands.

Gucci, which has operated a boutique in the Saks Fifth Avenue at American Dream since mid-September, has already decided on an upgrade, signing a lease for a 10,000-sq.-ft space.

Also, Saint Laurent, which opened a 3,200-sq.-ft. store on the second level of the Avenue, has contracted to expand into an additional 4,200-sq.-ft. on the level below, according to American Dream spokesperson Demi Halawa.

“We waited to make this the most unique and exclusive luxury center in the world,” Downing said. “We even expanded the original design to 300,000 sq. ft. of space to make sure of it.”