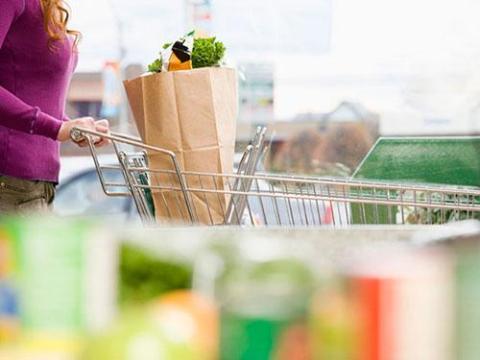 Regional grocers took three of the top five spots in a ranking of companies with the best corporate reputations.

Regional grocery chains made a strong showing in a ranking of the corporate reputations of the 100 most visible U.S. companies.

Two other grocery chains (Publix and Kroger Co.) are among the top 25. (The top 25 companies are listed at end of article.)

The Axios-Harris Poll 100 has ranked reputation since 1999. The survey's Reputation Quotient (RQ) ranking is based on companies that are most visible to the general population and on their performance in seven key areas:  trust, vision, growth, products & services, culture, ethics and citizenship.

"As Americans move on from COVID, they are looking at corporate reputation through a more practical lens," said John Gerzema, CEO of The Harris Poll. "Companies delivering on time and keeping their promises despite supply-chain issues are being held in high regard. Businesses that also do their part to create a better world – whether through sustainability or taking a stand on authentic social issues – also are being rewarded."

Poor Reputations
Social media platforms and companies with missteps on social issues are the ones with the poorest reputations or that suffered the steepest declines. This year, The Trump Organization, Wish.com, Twitter, Facebook and Fox Corporation are at the bottom of the 23rd annual list, with poor reputations.

"It's back to basics with companies that offer quality products and are guided by steadfast values riding to the top," said Mark Penn, chairman and CEO, Stagwell, which includes The Harris Poll. "Those that became enmeshed in political quagmires tended to be set back."

Insights from this year's study are below.

• Amazon and Walmart ranked as the two most visible companies in America, followed by Apple, Facebook, Google, Target, Nike, Microsoft, McDonald's and AT&T.

"To excel at reputation, companies must deliver high marks on business performance, corporate character and trust," said Ray Day, vice chair of Stagwell, which includes The Harris Poll. "While you can build a brand, you earn a reputation. Companies with strong reputations have a price advantage, a competitive advantage and a talent advantage. That's why reputation needs to be a priority from the board room to the C-suite."

The Axios Harris Poll 100 is based on a survey of 33,096 Americans in a nationally representative sample conducted March 11-April 3, 2022. The two-step process starts fresh each year by surveying the public's top-of-mind awareness of companies that either excel or falter. The 100 "most visible companies" are then ranked by a second group of Americans across the seven key dimensions of reputation to arrive at the ranking. If a company is not on the list, it did not reach a critical level of visibility to be measured.

The top 25 companies with the best reputations in the Axios-Harris Poll 100 are:

For information on all companies and their ranking on the 2022 Axios-Harris Poll 100, click here.