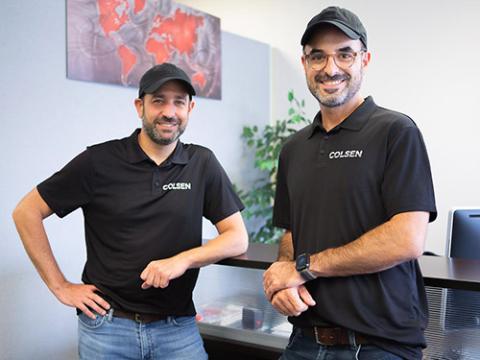 Amazon is moving its Amazon Community Lending initiative out of pilot stage.

Introduced as a pilot in partnership with minority-led community development financial institution (CDFI) Lendistry in September 2021, the Amazon Community Lending program is now rolling out as a long-term offering.

Since its launch, Amazon says the program has loaned more than $35 million to over 800 sellers—surpassing the original goal of $10 million during the pilot. Now, Amazon plans to loan more than $150 million via the program in the next three years to small businesses selling in the Amazon U.S. store.

Loans provided by Lendistry through this program will range from $10,000 to $250,000 (up from a maximum amount of $100,000 during the pilot), with terms of up to five years. Small businesses approved for a loan from Lendistry through the Amazon Community Lending program can use these funds to grow their business in Amazon’s U.S. store and to cover other strategic business needs, such as staffing and operations costs, inventory, product development and manufacturing, and marketing.

Since 2011, Amazon has provided loans to small businesses selling in its stores through Amazon Lending. Through its partnership with Lendistry, Amazon is now focusing on helping to reach urban and rural small businesses in socially and economically distressed communities.

The majority of the funds Lendistry has previously disbursed have gone to traditionally low-to-moderate income communities, minority-owned businesses, and other historically disadvantaged business owners and the communities they serve.

Third-party sellers are becoming an increasingly important part of Amazon’s business. According to the company, its recent 2022 Prime Day event, which broke records with close to $12 billion in total sales during the July 12-13 period, was also the biggest-ever Prime Day event for Amazon's third-party selling partners.

“Amazon believes businesses of all sizes should have access to financing, payment options, and funds management tools,” said Tai Koottatep, director and general manager of Amazon B2B Payments and Lending. “The Amazon Community Lending program was developed to help provide sellers in socially and economically distressed communities with working capital as well as one-on-one coaching, education programs, webinars, and classes to help them grow now, and in the future.”

“When Amazon came to us with the idea for the Amazon Community Lending Program, we knew it would make a significant difference for small businesses that need responsible capital to grow,” said Lendistry CEO Everett K. Sands. “Together, we’ve done impactful work to expand opportunities for growing businesses and give them a responsible lending option.”